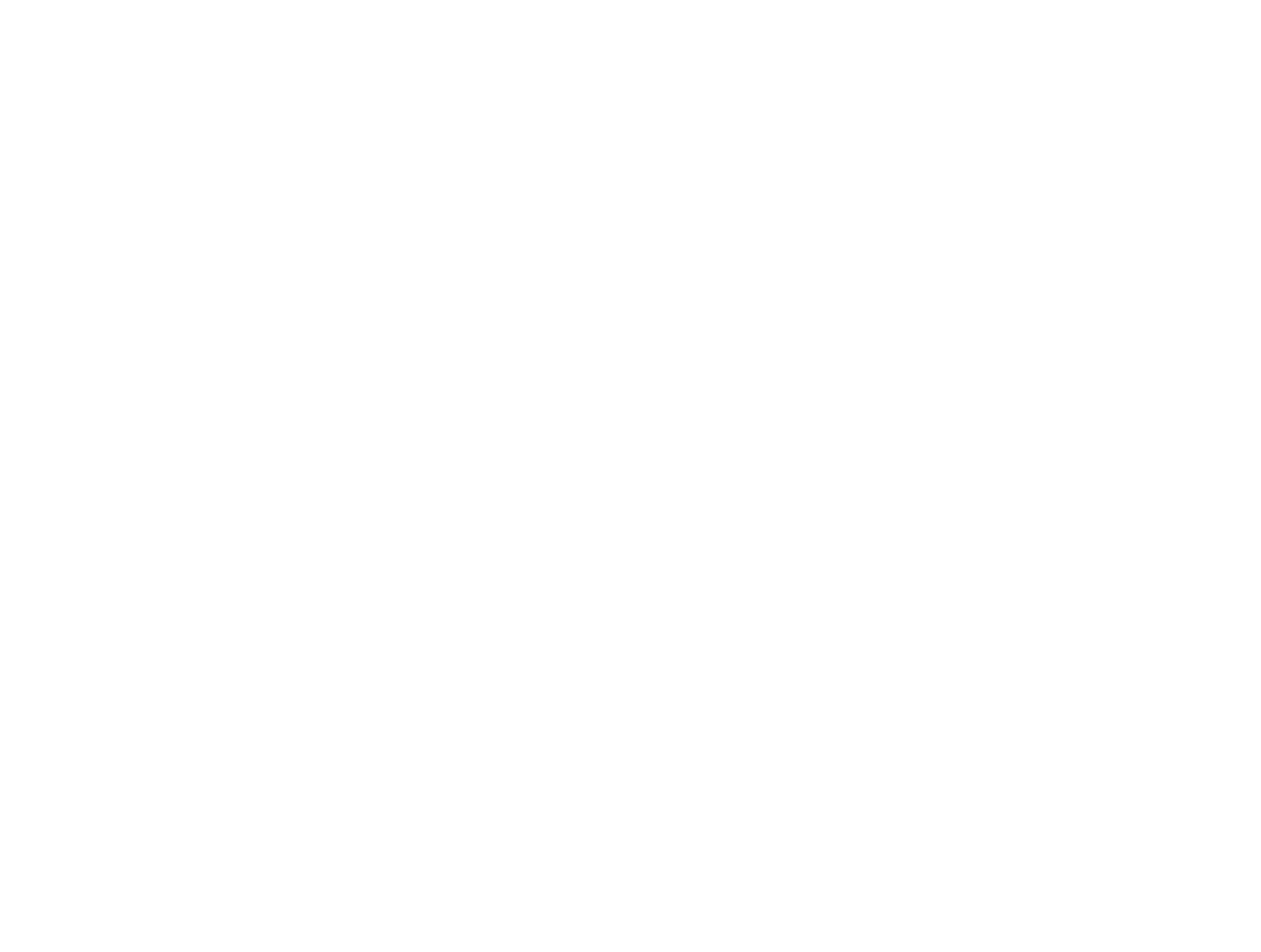 Hi, my name is Daniel and I am not a superhero (yet). I live in New York City, in the middle of the crowded and loud city center, a city suffering from insomnia. No matter what time it is, either day or night, one could hear the noise of cars, police sirens, and people hustling around. Sometimes they are chatting and laughing and sometimes you just hear cries, anger, pain, and anguish.

I live in my trashy studio apartment, you can call it a junk box, where I just step off my bed, and BAM! I am in the shit station. While sitting on the toilet seat you could easily see the kitchen sink and water dripping from the tap, actually, you could almost see the whole apartment. My cat Mew, yawning in the corner, we share a similar fate, desperation, and rejection from society. Well, so, you must have had an idea of the mansion I live in and the surrounding around me.

Since my childhood, I was different, a loner. I didn’t have friends, I was never a people person. I always loved to live in my own world, doing my own thing.

However, I had a passion, I have always been fascinated by comics, comic art, superheroes, and villains. I used to love Superman, Batman, Spiderman, Hulk (trust me I am not an anti-feminist) actually, Wonderwoman was one of my favorites. I love both Marvel and DC, but if somebody asks me that which one is better, I never had the answer. However, sometimes I do get influenced by the superhero flick that’s hitting the theatres with huge hype

It always fascinated me that how a cloaked superhero arrives from nowhere and without any hunger of self-gain, helps humanity (Do they deserve to be saved? I am not sure!) and saves them from the evil of the universe. (Sometimes it’s hard for me to distinguish between good and evil)

Blast from the past, my dad got me a Superman costume, and I remember, I used to wear it all the time and everywhere until the blue turned grey. But still, I can’t say that I loved Spiderman any less.

A not very long time ago, in my teenage years, I fell in love with Archie Comics, but the passion went away with my teens.

As I was, crazy-ass, passionate about comics, I decided to make it my profession. You know that if you love what you do for a living, it never feels like working for your whole life

So, there starts the journey of my unsuccessful life without superpowers

When I was a kid, I used to create my own superheroes and villains. In my dreams or thoughts, I used to imagine their powers and weaknesses.

Sometimes a full plot, a supervillain attacking the world to conquer everything. And then a hero comes along and destroys him (Or her, again, I am not an anti-feminist)

Initially, I kept my dream to my self but when I successfully failed high school I revealed my amazing dream to my parents.

Mom! Dad! I wanna be a comic artist! and for that, I don’t have to go to college.

My parents got extremely excited and happy, they could not believe that their son is so courageous to follow his dreams

I was 18 already, so I left my home and moved to my mansion in New York City. But I had to survive, so, on a part-time basis, I started working in a restaurant that was designed on a superhero and comics theme, I loved the ambiance, but the painful part was that every day I had to wake up at 5 in the morning as I was the chosen one, holder of the restaurant key. My boss, the head waiter, enjoys yelling at me for no reason, I had to wash filthy dishes and broom the floor

But whenever I get out of the filthy place (after a day full of bone wrecking hard work and humiliation) and look up to the sky, (IT’S A BIRD, IT’S A PLANE, NOOOO! IT’S SUPERMAN!!!), I feel that my glorious fate is waiting for me. My superhero will be the greatest superhero of all time.

The Birth of a Superhero

Despite all these thoughts, dreams, and passion, I was never able to figure out the special superpower, name, and costume of my superhero. It seemed like that all the good ones were already taken. But still, I never lost hope

I entered my apartment, there, my cat Mew, crawled between my legs, maybe she was hungry or maybe alone like me. She was actually a stray, I fed her once and she decided to stay, and I also needed company. My high school sweetheart, Jenny, left when I told her about my dream, she thought I was crazy.

I grabbed a box of half-eaten spaghettis and poured some milk for Mew, while I was imagining something big. Something larger than life……

Suddenly, something amazing struck my head, I picked up my drawing board and started pouring my thoughts and imagination on a white paper sheet. Mew was staring at me as I was a lunatic, and, maybe I was……

But I kept working, I didn’t wanna lose my thoughts, or to let them vanish in the air like fragments of burnt paper

Finally, there he was, My Superhero, “THE DEMON KING”, a man possessed by The King Demon, the ruler of the Demon Tribe, the father of Meliodas and Zeldris, two of the most powerful demons ever. He was powerful than the most powerful. The one who controls all the demons……………

The thought of him feared me, I felt a chilling cold fear running through my spine. But that was it, “THE DEMON KING”, he is not good, he is not bad, he is just there to maintain balance in the universe

As you know that good and evil both cannot survive without each other, actually they complement each other, and since the beginning of time they exist together but in a balanced way

And, The Demon King is the one who is maintaining all the balance but had never revealed himself to the world, but now was the time when he felt that he needs to be known and the world needs to know him, recognize him as their savior, THE SUPERHERO!

Now the costume, what color? RED? after all he is a demon, but that would be too pretentious and villainous, let’s make it green or blue.

What will be his second identity? who will he possess? After all, he had to live among humans (Who are no less evil and ugly from inside)

For that very moment, I imagined that I was his human identity, and his human name would be Daniel, who was walking in the graveyard and got possessed by the demon

What the hell, think man think!!

Same old crappy 80’s horror movie plot! Like if a demon wants to possess anyone, it will wait for them to come to the graveyard. Really silly! Right?

I kept on thinking about so many plots here and there, got tired, and crashed on my bed with my drawing board on my chest

but my last thought was, that I must maintain the balance!

My life taught me that how filthy people can be. There is nothing wrong or right in the world, it’s just grey and you need to decide what you consider black or white. Now, I was ready to maintain balance in this filthy disgusting world. It was my destiny

My mother always used to tell me, that if a man is committed enough to do something without fear of loss, in my case, death, then he can change the world. Now I understood what she meant.

I took out my green outfit, wore it, and looked at myself in the mirror. After all this time, I realized, that I was the superhero

A Curse or a Destiny!

It was midnight, in my apartment, a dark cackle filled the room as I stood over the terrified villain, tied on the chair, half-conscious, wounded, with a piece of cloth in his mouth, breathing hoarsely.

My knife drawn and pointed directly at his throat. He was just one of many that had been planning to take control of planet Earth.

I had already resolved my issues with the others and they got what they deserved.

A sinister smile spread across my face when I looked into his eyes pleading for mercy before he closed them tightly in fear. Then he fainted…..

He was the last one, then my job in this city is over and I will wander somewhere else, where things are out of balance

He woke up with a cry, shivering with pain, trembling, and helpless. With fear in his drowned eyes, he begged me to spare his life

Oh, It felt so good, I was the master of his fate. I felt so powerful, more than the most powerful, The Demon King!

Now, who is crazy, Jenny?

Without a second thought, I slit his throat with my knife and kept looking at him until he bled to death

It was hard work for me, it’s not an easy job when you have the responsibility to roam the world, find the shitheads in every corner, who are trying to destroy humanity and disrupting the balance of the universe. I had to finish my job, but it was a never-ending journey. A curse or a destiny!

Check out our article“The Agonizing Reincarnation of Broken Warrior”

1 thought on “The Trauma of the Deranged Superhero”